You are here: Home > News > PayPal in £5.1m payout for allowing illegal payments 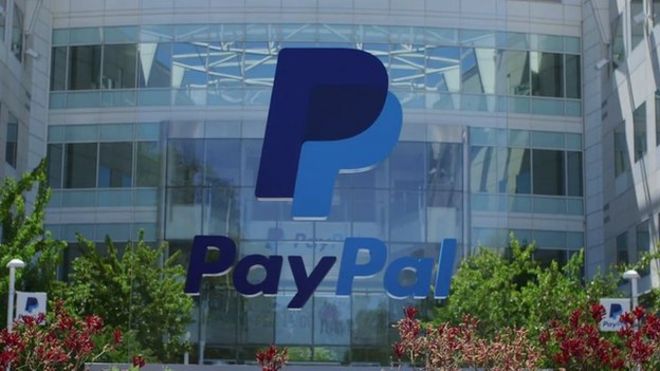 PayPal said it had voluntarily shared details about the payments

PayPal has agreed to pay $7.7m (£5.1m) to the US government following claims it allowed payments that violated sanctions against Iran, Cuba and Sudan.

The US Treasury Department said the payment firm had failed to adequately screen and prevent transactions.

They included a $7,000 transaction from someone listed by the US government as being involved in the proliferation of weapons of mass destruction.

PayPal said it had improved the real-time scanning of payments.

In a statement, it said it had "voluntarily" reported to the Treasury's Office of Foreign Assets Control (Ofac) certain payments it had processed between 2009 and 2013.

Delays in scanning had allowed some prohibited payments to be processed, PayPal said.

"Since then, we've taken additional steps to support compliance with Ofac regulations with the introduction of real-time scanning of payments and improved processes," a PayPal representative told the BBC.

One of the cases involved Kursad Zafer Cire, who was named by the US State Department in 2009 as a person linked to programmes involving weapons of mass destruction.

Between October 2009 and April 2013, PayPal reportedly processed 136 transactions to or from an account registered in his name.

Other payments involved goods and services going to and from Cuba, Sudan and Iran.

In total, according to the Treasury Department, nearly 500 PayPal transactions, worth almost $44,000, had potentially violated sanctions that ban US companies from doing business with individuals or organisations on a blacklist.

Under the settlement, PayPal did not admit or deny it had violated the sanctions.